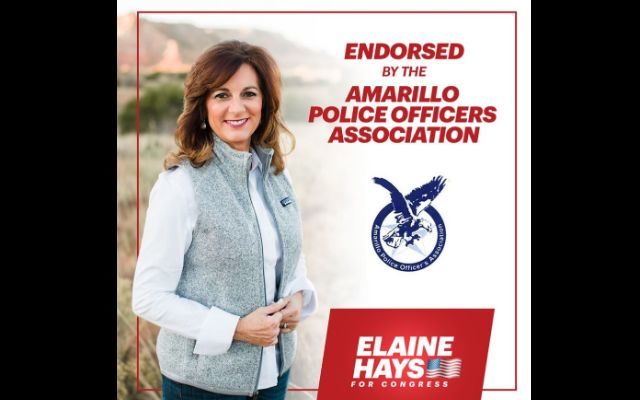 The Amarillo Police Officers Association announced they will endorse Elaine Hays in her run for the District 13 congressional seat.

“The Amarillo Police Officers Association proudly endorses Elaine Hays for the District 13 seat in the U.S. House of Representatives. Elaine applied her success as a financial expert to local government, producing several successful business campaigns that grew the economic footprint in Amarillo and the surrounding area.”

Hays responded, “Being endorsed by the brave men and women of the Amarillo Police Officers Association is an absolute honor. They put their lives on the line to protect our communities and families. I will continue to work hard on their behalf. I am grateful to the APOA for their support.”

The congressional seat is currently held by Mac Thornberry who announced his retirement after twenty-five years of service.

The Republican primary election will be held on March 3, 2020.