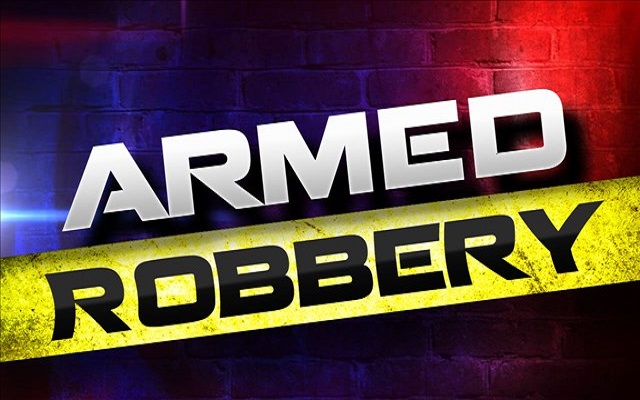 The Amarillo Police Department is looking for a suspect involved in a reported armed robbery.

Just before 10 pm on April 13th, officers were dispatched to a convenience store in the 1700 block of Northeast 24th avenue when they were told that two black males entered the with guns.

One male was wearing a red mask and pointed a gun at the clerk and demanding money while the 2nd male was standing by the door and appeared to be a lookout.

The male with the gun was described as being about 5 foot 2,140 pounds, was wearing a black leather jacket.

The second suspect is described as being about 6-foot-tall and wearing a faded blue hooded sweatshirt and jeans.

The suspects left the store westbound on foot with an undisclosed amount of money.

Anyone with information on this crime is asked to call Crime Stoppers at 374-4400 or submit a tip online at amapolice.org.