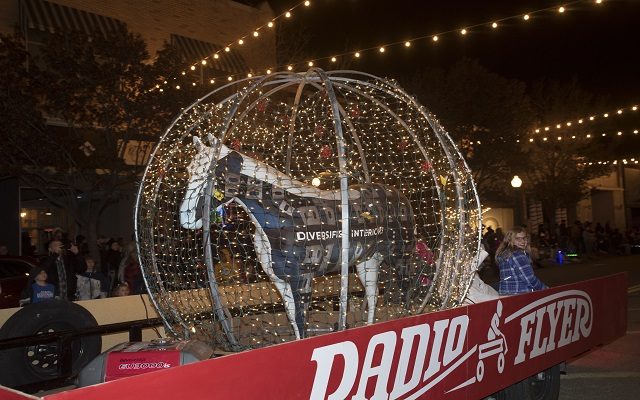 Center City of Amarillo is hosting the annual Electric Light Parade in a new way.

Executive Director of Center City Beth Duke said this year the parade will be featured as a Reverse Parade where attendees will drive down the street looking at the floats like they would looking at lights in a neighborhood.

The parade route begins at 11th Avenue and Polk Street and turns east on Third Avenue.

The best place to view the parade is on Polk Street between 11th and Third avenues or along Third Avenue between Polk and Buchanan streets.

Mayor Ginger Nelson will lead the parade as Grand Marshal.

Families will still be able to come to the Bivins Mansion at1000 south Polk to have pictures with Santa from 6-9 pm.

After the parade, Center City will join with the Parks and Recreation Department of the City of Amarillo to light the city’s Christmas tree on the lawn of the Amarillo Civic Center.

Food trucks will be located outside the Civic Center for refreshments.

If you would like to take place in the parade, email [email protected]