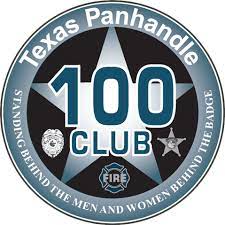 The 100 Club of Amarillo needs donations and they’re asking for public help. The club gives funds to officers and firefighters that have been hurt or killed in the line of duty.

According to the 100 Club, this has been the busiest in 18 years of service, and in all those years they paid out to three injuries, and so far this year they paid out 27 for line of duty injuries.

The 100 Club has also raised funds for an Amarillo new CERT vehicle.

Police officials say there is a new trend with more officers being harmed when a crime is taking place.

The organization raised 158-thousand dollars, this past summer, but the majority of those funds have been depleted.

In the 18 years, the 100 Club has be in business, it has never paid out as many injuries or deaths, and they have also spent the most it has on bulletproof vests for Amarillo Fire and radios for Fritch.

To donate to the 100 Club go online to the texas panhandle 100 club.org